Aspens, cattails, grasses, and the dark sky frame this ridge on Selah Bluff. From the top, one has a 360 degree view. The Wenas valley is to the north. Mt. Rainier can be seen to the northwest, Mt. Clemens to the west, and Mt. Adams to the southwest. To the east are the ridges of the Yakima River Canyon. To the southeast are the Yakima Firing Center and Rattlesnake Mountain. Looking south I can see our neighborhood, the lower Selah Valley and the Selah-Yakima Gap. It is a place to put down my camera and just enjoy nature and the open area around me.

Part of our design criteria when laying out Heatherwood was to make use of the background geological highlights. Pathways leading from one section to another were located to channel the view to some specific area of interest. This pathway, facing east, highlights Selah Ridge with its basalt lava flow. Also in the background, the view highlights our 1890’s irrigation flume.

This post ends my series on National Parks and Monuments that I have visited over the last several years. I know that I have missed some but that is OK.

This image of Liberty Bell Peak was taken from the top of Washington Pass in the North Cascades Highway. The peak has just received its first dusting of snow for the winter. The deciduous Western Larches provide a colorful yellow to light up the side of the peak.

There are so many things to see in Yellowstone. How do I choose what would be a good representative image? During this trip, my focus was on wildlife photography. The best light was in the early morning or late afternoon/early evening. These were also the best times for photographing wildlife. Thus, my landscape images took second priority in the middle of the day. It didn’t stop me though, as I did do a little exploring around the park. Yellowstone Falls was one of the highlights.

We were planning on going to Yellowstone again this year and made all the reservations. The Covid-19 pandemic put a stop to the trip. Maybe next year?

I only had two hours to see Zion! I took a quick drive around the northwest loop in the park. This was the scene at the turn around. What can I say but I really need to come back and spend several days at one of the largest and most beautiful National Parks in the Country.

Capitol Reef National Park encompasses the Waterpocket Fold. This fold runs about 100 miles north and south. It was formed 50 -70 million years ago along a fault during a mountain building period in the Western states. Movement along the fault created these monoclines rising as much as 7000 feet. More recent activity 15- 20 million years ago of the Colorado Plateau uplift and resulting erosion exposed the surface of the monoclines. As much as 10,000 feet of strata representing 270 million years of geological history has been exposed in some areas.

The Badlands were formed by a series of depositions and then erosion. Seventy-five million years ago, the area what is now the Badlands was a part of an inland sea extending from the Gulf of Mexico to the North Pole. The lowest levels are sea bed depositions. From 75 to 45million years ago, plate movement gradually forced up the Rocky Mountains and created a depression which is now the Badlands. During this period, erosion from the raising mountains and volcanic action deposited various layers of material in the depression. Starting about 500,000 years ago the Cheyenne and White Rivers carved out the deep valleys through the area. Torrential rain storms and wind have been eroding the area at a rate of one inch per year.

If you you want to see the deepest blue, just gaze into Crater Lake. It is the deepest lake in the United States at nearly 2000 ft. depth. The crater was created around 7,000 years ago when Mt. Mazama exploded in a violent eruption. Local Native American tribes witnessed the eruption and have passed down many legends of how it was created.

What the ????? How did the rock get here? Who or what pushed it? Or was it pulled? Scientists have been studying this since the early 1900’s. Theories have changed over time. In fact, the prominent theory at the time I took this image seven years ago has changed.

The current theory is developed from using time-lapse photography, weather stations, and GPS devices. During the winter of 2013, the elements came together and scientists were able to record the phenomenon of the sliding rocks. During a rain fall followed by an extreme cold night, a thin layer of ice formed. The ice lifted the rocks from the playa surface. The next morning, the ice started to melt creating a thin layer of water between the ice and the playa. The ice sheet started to break up leaving sections of the sheet floating on the water. Winds came up blowing the smaller ice sheets with the embedded rocks across the playa. 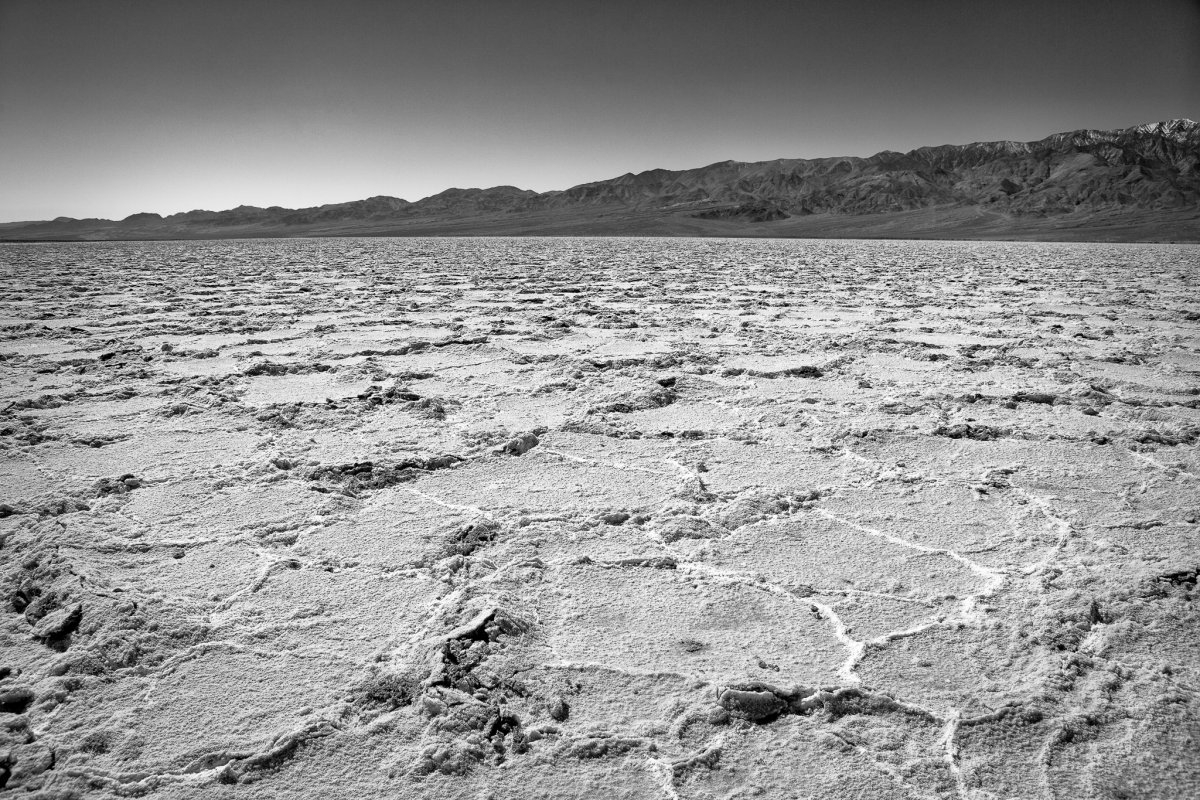 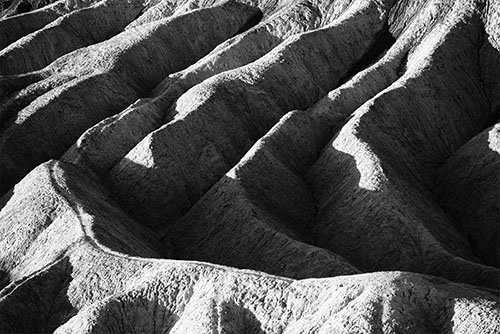 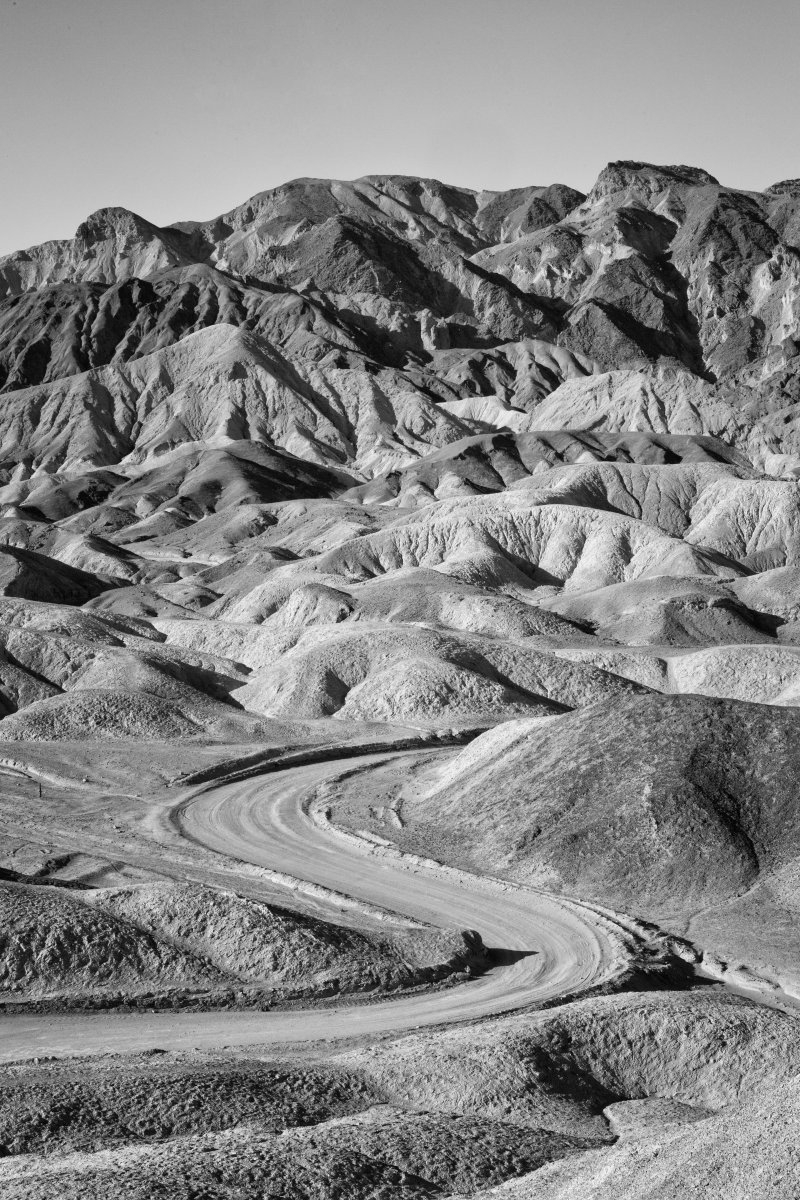 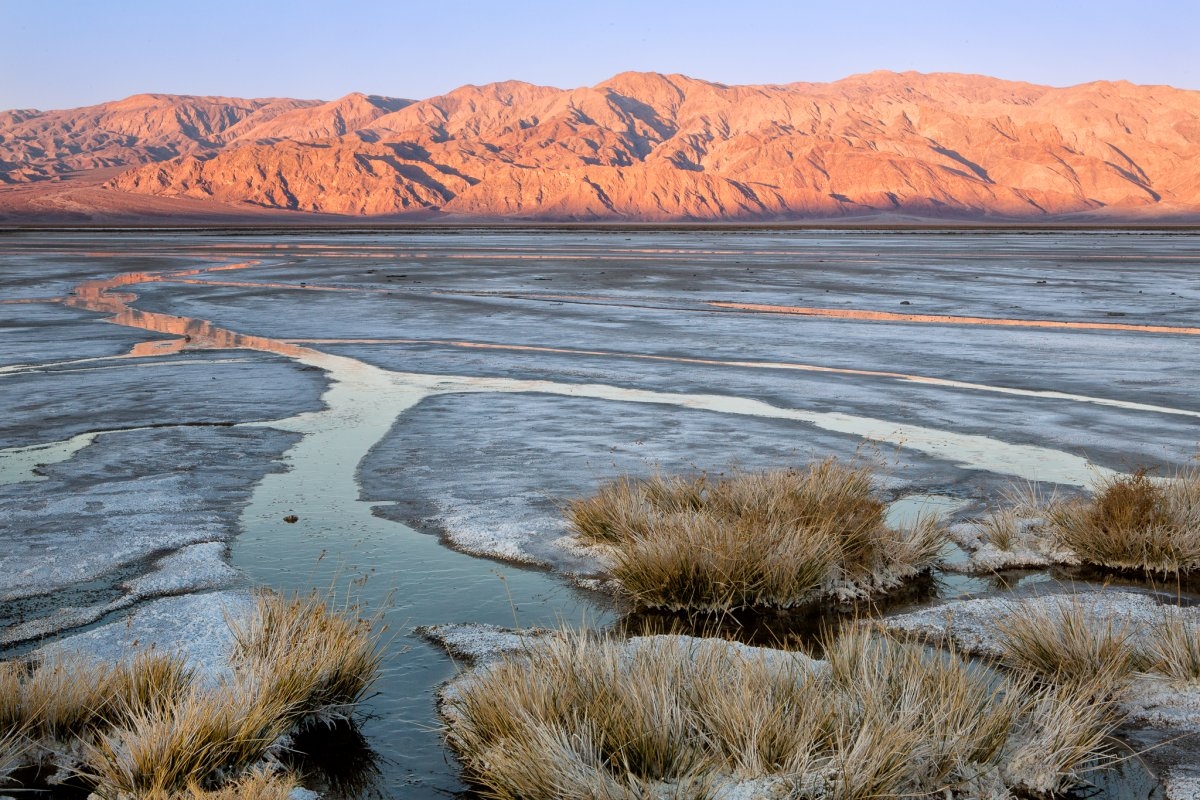 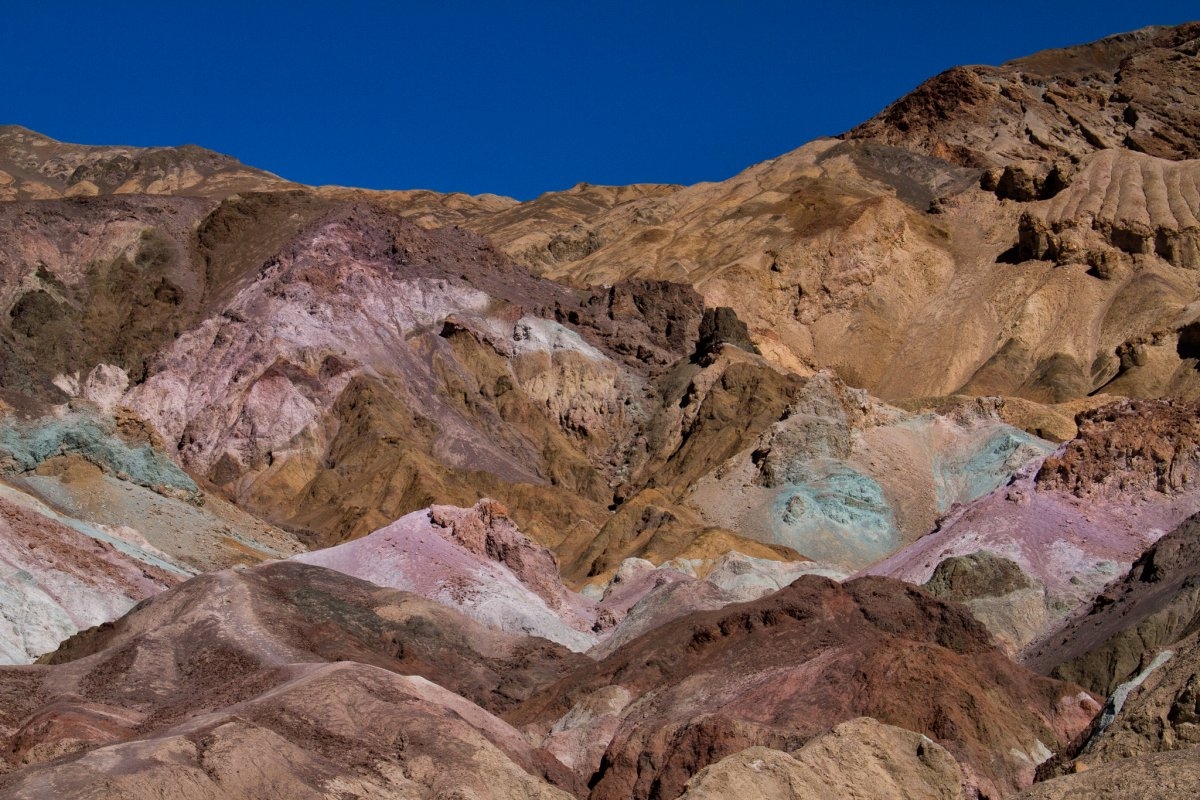 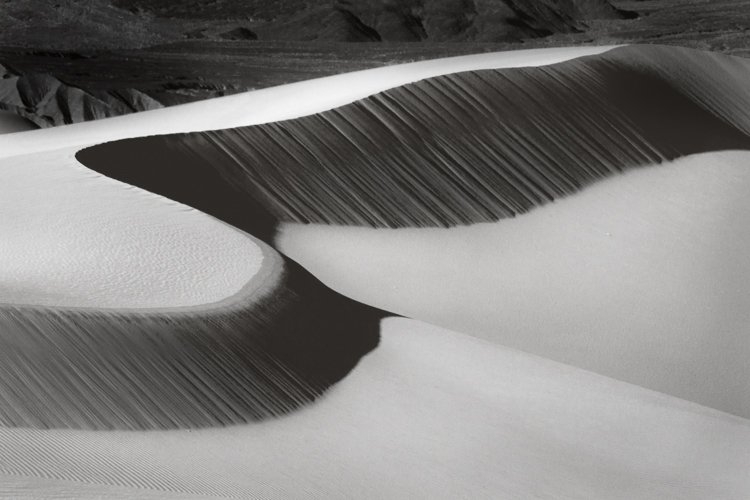 I’ve been laid up for the last couple of weeks and have not been able to get out and do any photographing. As such, I have been catching up on various photography topics. Jason O’Dell just put out a webcast on the Badlands that caught my eye. Jason, thanks for the stimulus. I was there for just a few hours as I drove across country from Philadelphia to Washighton. The day wasn’t the best for photography, but I was able to come up with a few that had potential. My visit was more of a scouting trip, hopefully for a return visit when I can spend the time to explore. I look back to my short visit. I look forward to when I will return.